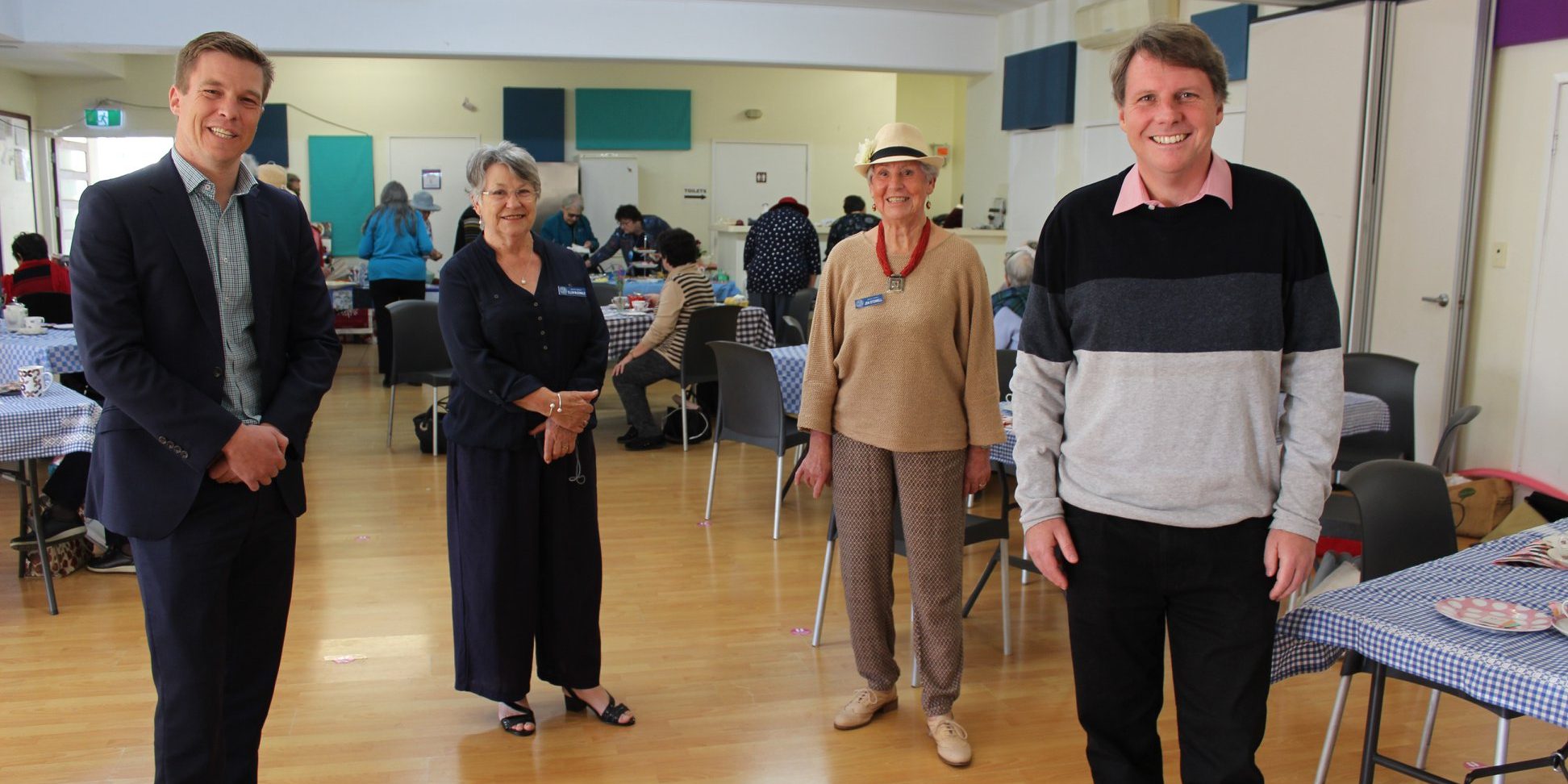 On the 6th of August 2020, local members of the Moggill QCWA Branch gathered for a special morning tea in Bellbowrie to celebrate the 98th anniversary of the establishment of the Queensland Country Women’s Association.

State Member for Moggill and Shadow Minister for Communities, Dr Christian Rowan MP, was joined by Federal Member for Ryan, Julian Simmonds MP, and congratulated the Moggill QCWA for its resilience and ongoing contribution to residents of the western suburbs.

“The Queensland Country Women’s Association makes a significant contribution to our local area, and to communities all across Queensland, through its ongoing work to enhance local connections, provide additional educational opportunities, and promote healthier communities.

“When I learned that the Brisbane Royal Queensland Ekka Show would unfortunately be cancelled this year, I was worried it would mean that we would miss out on the iconic QCWA tea and scones. Fortunately, but not surprisingly, the Moggill QCWA has hosted a morning tea today that’s better than any Ekka Show.” Dr Rowan said.

President of the Moggill Queensland Country Women’s Association Branch, Jen Stowell, said the morning tea celebration took on extra significance this year, as it was the first social event for the Moggill QCWA since the easing of COVID-19 restrictions.

“Even though the Queensland Country Women’s Association has evolved over the last 98 years, it’s the humble scone that still brings people together.

“While today is about celebrating 98 years of the QCWA, we’re already looking forward to what is in store for our 100th anniversary two years from now” Mrs Stowell said.