The State Electorate of Moggill

Moggill is an electorate district of the Queensland State Parliament.

The traditional inhabitants of the area include the Jagar people (Yugarubul language) and the Turrbal people (Turrbal language).

The origin of the name of Moggill may be from the indigenous word ‘magil’ meaning water lizard.

The area was explored by John Oxley when he sailed up the Brisbane River in 1823 and John Petrie discovered coal in the Moggill area in 1838.  Early pastoralists settled in the region and timber getters harvested red cedar from Pullenvale.

One of the earliest settlers was Thomas Prior who later became Queensland’s first Post-Master General.

In 1923, siblings James and Mary Mayne gave the University of Queensland nearly 700 acres of land at Moggill Creek for an agricultural college. The Moggill electorate was established in the 1986 redistribution, with parts of the Mount Coot-tha electorate and Ipswich West electorate amalgamated. 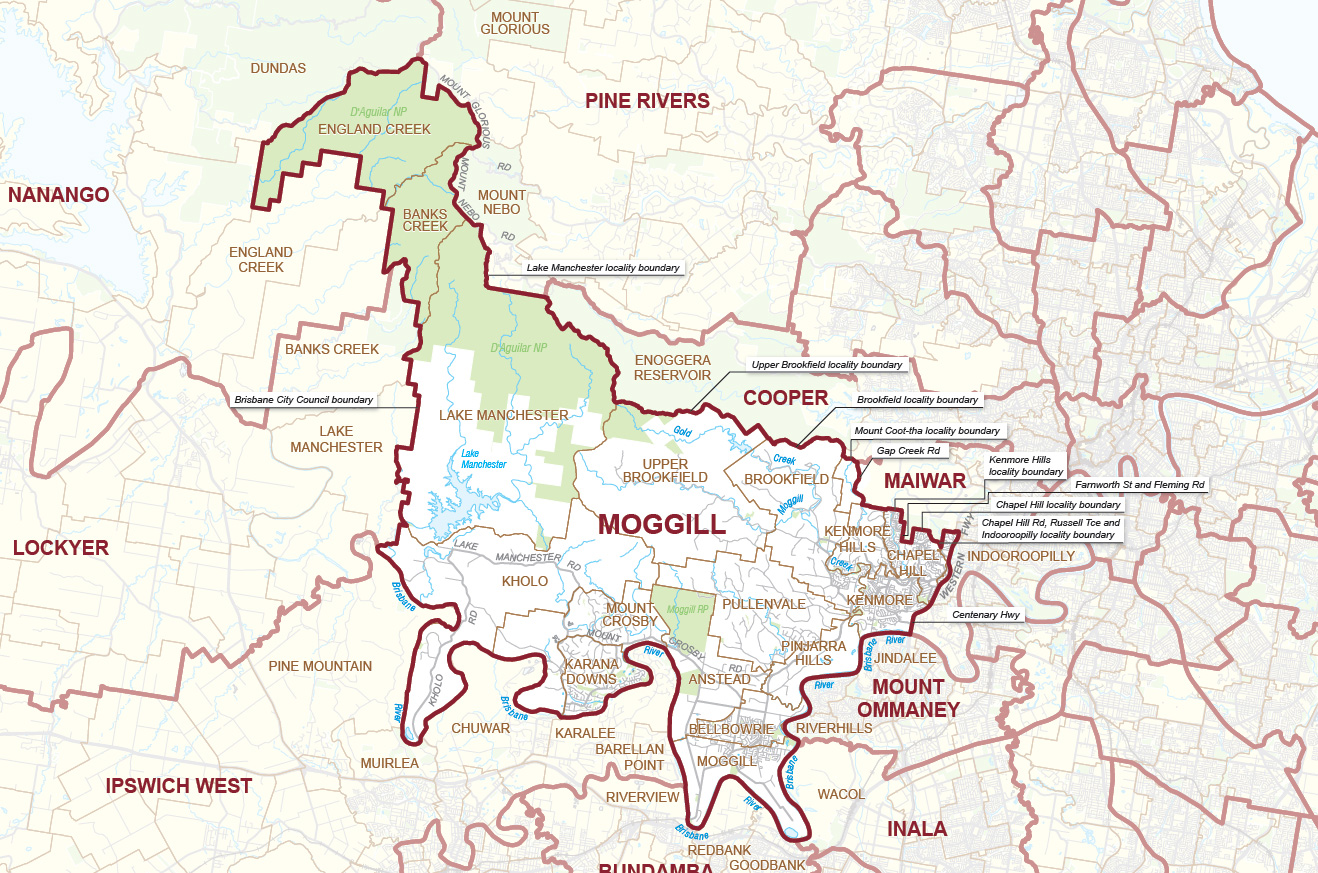