LNP To Bust Congestion with Free Senior and Student Travel 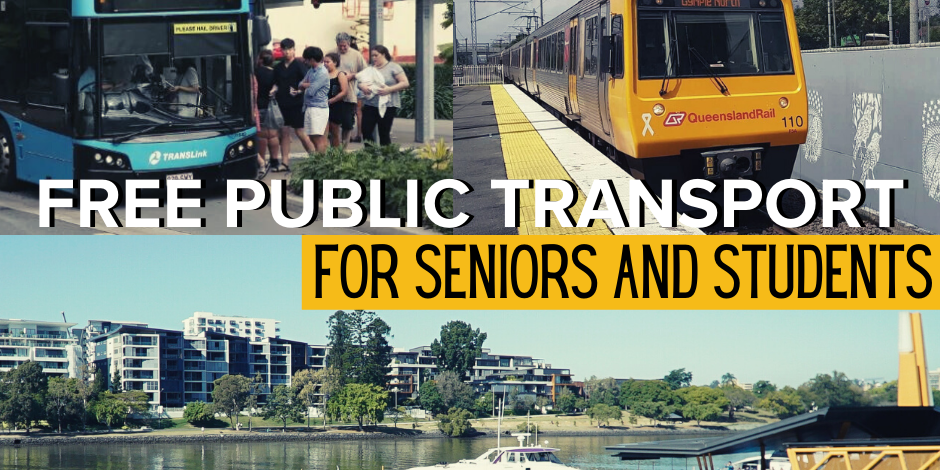 Seniors across the western suburbs will be entitled to free off-peak travel on local trains if the LNP wins the next state election on October 31, 2020.

As part of the LNP plan, students starting full-time university and TAFE courses will also be able to apply for $500 vouchers to pay for bus or train fares.

“The LNP’s plan is all about getting cars off the roads and cutting congestion,” Dr Rowan said.

“Congestion is having a significant impact on the quality of life throughout the western suburbs of Brisbane, and particularly in the electorate of Moggill.”

“As recently as March this year, the RACQ’s Red Spot Congestion Survey listed both the Centenary/Western Motorway, and Moggill Road, in the top-10 most congested roads in Queensland.”

“The LNP’s plan will save drivers time and save seniors and students money.” Dr Rowan said.

Journey times have surged across South-East Queensland in the past decade.

Infrastructure Australia predicts that road use in South-East Queensland will rise by another 21 per cent in the next decade, costing the region’s economy $6 billion dollars a year.

Under the LNP plan, seniors would be offered free travel on the Citytrain network between 8.30am and 3.30pm and between 7pm and 6am, as well as all-day on weekends and public holidays.

The scheme, which would cost an estimated $2.7m a year, would create extra capacity across the Citytrain network during peak hours.

Student travel vouchers would be available to those starting new full-time courses to encourage them to defer car purchases and use public transport instead. The two-year trial scheme would cost $5m a year.

“The LNP’s plan will make it easier for seniors to get around, catch up with friends and family, as well as saving them precious dollars.”

“The LNP will help students because we know the costs of studying at uni or TAFE can deter some young people from gaining the skills they need to get a secure job and brighter future.”

“Only the LNP has the vision and the plans to provide genuine cost of living relief, support and improve our public transport, and bust traffic congestion here in the electorate of Moggill and across the western suburbs of Brisbane.” Dr Rowan said.