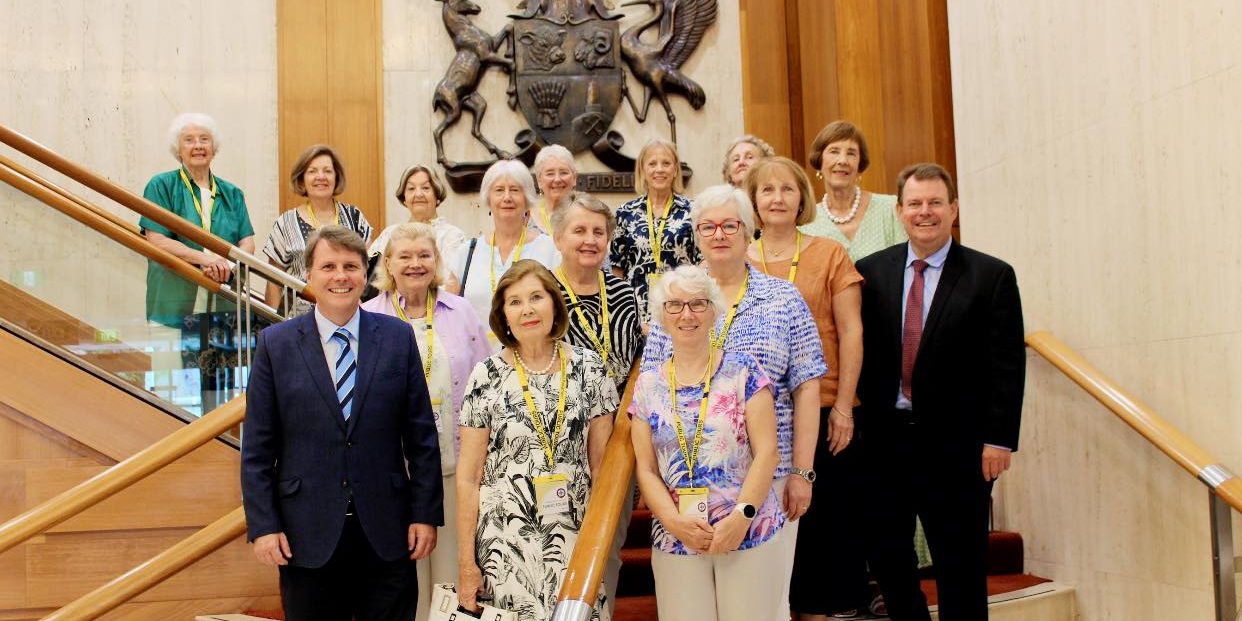 Last month, our local Ionian 91 Club Queensland took part in a special tour of the Queensland Parliament, that was organised by the State Member for Moggill, Dr Christian Rowan MP.

In a tour that covered the history of Queensland’s great democratic institution, club members were also treated to an insight behind the stunning architecture and design behind the houses of the Queensland Parliament, with members granted access to areas often reserved only for Members of Parliament during sitting weeks.

At a special morning tea in the Premier’s Hall, following the tour, Dr Christian Rowan MP said it was an honour to support the Ionian 91 Club’s unique visit.

“The Queensland Parliament, first and foremost, is here for Queenslanders. It really is the people’s House, which is why I was delighted to help club members take a special look at this great institution.

President of the Ionian 91 Club Queensland, Jan Whitford, said the whole experience was enjoyed by all members.

“The Ionian 91 Club Queensland is a friendship club for ladies who are mostly, originally from places other than Queensland. It was great to visit such a special and important building and we are very grateful to Dr Rowan for his help in organising our outing.” Mrs Whitford said.

Residents wishing to take part in a public tour of the Queensland Parliament are welcome to contact Dr Rowan’s Moggill Electorate Office on 3737 4110 for further information.